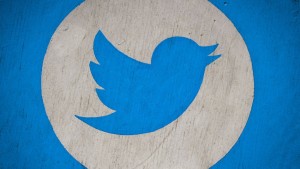 And now for something completely different…

Most of my blog posts are limited in scope to my technical work in the Linux container world. However, I recently decided I wanted to share my thoughts on Twitter in a short post, so here’s my attempt to do just that! As background, I’ve been using Twitter as both a platform for sharing content of interest from my little technology bubble, including my own work and blogs, and have slowly grown to use it as a way to interact with people across the technical communities I’m involved in, both inside and outside of my own company.

For the most part this has been a great experience and I’ve enjoyed using it almost as the sole way that I follow technology and news that interests me. As I tend to do on other social media platforms, I try and steer clear of the less enjoyable sphere within social media where political, philosophical or other ism-oriented rants and raves are tossed around in 140 character chunks that seem to end up only generating more dissonance instead of actually generating healthy debate. [As an aside, I personally believe it is within the context of actual personal relationships that debate on important topics even makes sense as there is already respect and honesty there (hopefully), but I digress..]

So, what if someone asked me for a guide on using Twitter? Well, to date no one ever has, but if they did here is what I would say:

That’s my fairly simple list, which is more common sense than anything profound. However, these are the main guiding principles to my own use of Twitter these days. What are some rules you live by on Twitter?